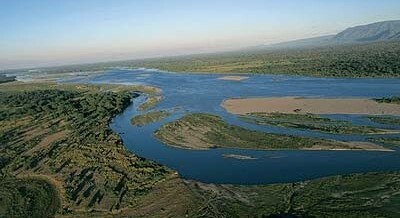 “The Zambia government plans to construct a dam and an electricity power plant of 750 Megawatts (MW) capacity below the existing plant on Kafue River under Public-Private Partnership (PPP) projects. Toll roads, health centres, new prison facilities and schools have also been planned under the PPP projects in a major construction programme that will change the face of Zambia when implemented.

Director of the newly established PPP Unit at the Ministry of Finance and National Planning David Ndopu told the Sunday Mail in an interview that the objective of the Kafue Gorge Lower is to increase electricity generation capacity and enhance security of supply. He said Government will sponsor the project through the Ministry of Energy and Water Development at an estimated cost of between US$1.5 million and US$1.8 million.

The private sector will construct and operate the dam and the electricity power station on a PPP known as Build Own Operate Transfer (BOOT) for a period of about five to six years.

Mr Ndopu urged Zambians to participate actively in the provision of goods and services under PPP. He said the project ideas will not come from Government alone, but from the private sector, too. Mr Ndopu encouraged local investors to come up with brilliant sellable ideas and to form consortiums with other developers to enhance their credit-worthiness. He said foreign investors will only be granted PPP projects on condition that they engage local people in the execution of the projects.

According to the PPP master plan, Government is also seeking private sector partnerships in the construction of toll roads between Ndola and Lusaka, Chirundu-Lusaka, Livingstone-Lusaka and the Pedicle road that connects the Copperbelt to Luapula Province through the Democratic Republic of Congo.

Government is also considering a toll road that will connect the Lusaka International Airport to the lower Zambezi. The road is expected to ease travel and transportation logistics of tourists arriving at the Lusaka International Airport and wishing to go to the lower Zambezi. This is expected to boost tourism.

Lower Zambezi will be developed into a satellite town of Lusaka at a cost of about US$2 billion. The town will be tailored to cater for a population of about 500,000 people. Among the major developments earmarked for the satellite town are a 100,000 square metre shopping mall, three hotels (one of which will be five star) and three office parks.

Other auxiliaries of this project include a conference centre, high-density residential units and about 8,000 high-cost houses around the shopping mall. The Government and the National Pension Scheme Authority are expected to sponsor this project.”