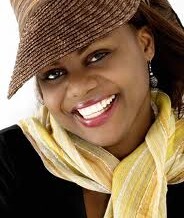 She catapulted into the music limelight in 2001 when together with her former schoolmate she released a debut album entitled ‘Gentleman’ under Mondo Music Co-operation but later the duo, otherwise known as Shatel, decided to go separate ways. While, Barbara Njobvu-Kakubo abandoned her music career for marriage, Saboi Imboela weathered the storm and released a solo album entitled ‘Mema Awo’.

However, Saboi’s passion for education made her take a long break from the music scene, a move which has seen Saboi rediscover another talent, that of lecturing. The Education Post caught up with the local artist as well as University of Zambia School of Humanities and Social Sciences tutor, for an up-close and personal interview.

“Well, people have been wondering where I’ve been because I took a break in music for sometime. Actually, I sacrificed my music career for school and I’ve been working so hard. I’m now tutoring students taking political science at UNZA and I’m also about to publish a book,” Saboi says. She relates that besides her flourishing music career, she’d always wanted to be a lecturer.“I was recruited as a tutor in the department of political and administrative studies last year when I managed to graduate with a merit in political science. Actually, there were only the two of us who got merits. Really, I’ve always wanted to be a lecturer. It’s a dream come true,” Saboi says.

She says her lecturing stint has been challenging, stating that it was not easy to lecture at the highest learning institution in the country. “There are few lecturers in political science; in fact I’m the only female in the department. I would like to see more women come to lecturer in the department,” says 33-year-old Saboi. On how she has managed to juggle school and music, Saboi says since childhood she has always been prioritizing education above everything. “Well, I am not a bookworm, but I know when to study. I divide time well. It has not been easy, but I have almost sacrificed music. I prioritize my education, from my childhood, schooling has been my priority and I think that has paid off,” she says.

Saboi urges young people to be determined and work hard in life. “When you are educated, you don’t have to compete for jobs and when you are young that is the time to decide what you want to be in future,” she advises. She says she intends to pursue a master’s degree in international politics, before enrolling for her doctorate in the same field. Saboi, who is also a gender activist, urges young women to uphold good manners and morals in the society. “They say; you are what you wear, that’s to say you can be decent but what you wear matters. Girls should not imitate the way we dress on the stage, but should dress modestly,” she says.