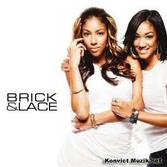 EXILE
Local artist Kangwa Kapampa aka Exile, born on the 4th of July 1981, is one of the most talented acts in the local music industry. He’s a music producer/composer, singer and runs his own establishment called Freedom Entertainment, but he is currently under contract with Showdown Records run by Runnel, another popular local artist, who featured on the Chanters show last year. Exile’s recent album “7 Days” was released late last year. The album is not doing as well as expected, but cannot be compared to his last offering, as his new project appeals more to the fans. It must be stated that his greatest work will always be his first album “So Lucky”, released under Mondo Music in 2004/5 and managed by Chisha Folotiya back then. On the latest Chanters show we played a song from his ‘7 Days’ album called “Nganalikwebele” (‘If I Had Told You’). The song talks about a man withholding some information of his past relationships or his infidelities from his woman, as a way of protecting her from further heartache when she demands the truth from him. The song is sung in Bemba.

AFUNIKA
Copperbelt based upcoming artist Frank Chirwa Jr, aka Afunika, is a music producer, songwriter as well as a singer. Last Saturday with other Copperbelt base artistes Afunika graced the Kambeba Lodge anniversary bash. His performance alongside his dancing queens proved to be the audience’s favourite as he performed his songs from his debut album including the current hit, Miss You (Fo Shize), which was clearly enjoyed by many at the show. The song is currently enjoying massive radio air play across the country including night clubs and the like. The song whose hook is sung in English with verses in Bemba talks about a man missing his woman and all the little things they used to do and how he just cant wait for them to reunite. Afunika’s Miss you (Fo Shize) was one of the local songs we played on the Chanters show. Afunika is without a doubt the most happening artist in Zambia today.

Brick & Lace (pictured above) and local artistes to share stage.
Local artistes JK, Mampi, Slap Dee and B-Flow are among selected artistes to share the stage with Jamaican R&B reggae fusion duo Brick and Lace at Lusaka’s Barclays Sports Complex and Hollywoood City this Saturday. Apart from Brick and Lace – comprising sisters Nyanda and Nailah Thorbourne – the local artistes will also join support performances from special guest Jozi from South Africa, and Zambia’s Celtel Star Search hip hop finalist Kapuka aka TR with his partner TEF from Canada. The performance will take place on 21st August with TY-2, P-Jay and No ID dancers as other supporting acts.

The concert whose tickets are being sold courtesy of Inzy and Zambezi Airlines will be anchored by QFM DJ Peaches and Chuma Phiri from rhythm100 radio online station, based in South Africa. It will also be supported by Channel O’s DJ Waxxy and DJ Gomez from France both of whom will make surprise appearances.

The show, which organisers say is meant to expose Zambian artistes to international talent, is expected to be attended by members of the National Arts Council executive committee.
Brick and Lace who originally consisted of three sisters; Nyanda, Nailah and Tasha Thorbourne will be visiting Zambia for the very first time with a track record of successful international tours, and are well-known to the Zambian market with hit songs from their debut album ‘Love is Wicked’.”