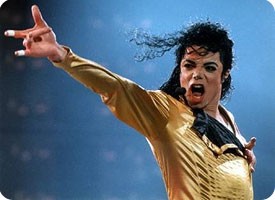 This piece from Caryn Eve Murray in HotelInteractive will interest all Michael Jackson fans:

Gary, Indiana counts its Majestic Star Casino & Hotel, its SouthShore RailCats baseball team and even the nearby Indiana Dunes National Lakeshore among the biggest drawing cards in this struggling former steel town. But nothing, perhaps, could be bigger in Gary these days than one modest house in the heart of the city: The childhood home of Michael Jackson, whose sudden death last week after cardiac arrest turned the small frame structure, within hours, into a towering magnet for a gathering of the grief-stricken Jackson faithful. They arrived there mostly from homes only a short traveling distance away – far removed by hundreds of miles from the California mansion where their idol had fallen.

But if local officials have their way, many more hundreds, if not thousands, may soon want to go the distance to get to Gary. They see Jackson’s family home, and the two nearby schools the Jackson siblings attended – Garnett Elementary School and Roosevelt High School – as the epicenter of a collection of Jackson attractions paying homage to a beloved native son. The idea is nothing new, but this sudden and sad turn of events may give it a new impetus to grow. “Gary is the hometown where it all started,” said Curt Brantingham, public relations manager of the Indiana Office of Tourism. “Any tourism there would have to be something compelling to draw people, not just once but multiple times, something of such interest that it would have a wide appeal.”

But with Gary lacking the glamour and notoriety of Jackson’s high-profile Neverland Ranch in California, Brantingham said, “it is hard to speculate.” It is, however, not so hard for Gary’s Mayor Rudy Clay and members of the Gary Indiana Chamber of Commerce, who have lived for quite some time with the as-yet unrealized possibilities of honoring Jackson through a variety of appropriate attractions, even years before the pop star’s untimely death at the age of 50. Over the years, there has been talk of a museum, a monument – and a performing arts center, with the Jackson family involved in these discussions, even with previous administrations, said Lalosa Burns, Clay’s press secretary.

“We have thousands of hotel rooms in the immediate vicinity,” she said, most notably in Merrillville. “If people do make this an attraction and come and stay we can accommodate them and we would be happy to help.” The city’s location just southeast of Chicago makes it easy enough to get to, with access to Chicago’s airports and its proximity to Interstate 80 and 94. “This is the most traveled highway in the country, so we get a bit of traffic through here anyway,” said Chuck Hughes, executive director of Gary’s Chamber of Commerce.

Other than a beautiful lakefront, “we don’t have the greatest tourist attractions for people,” said Hughes. Still, there is potential, he said. “Invariably when people come, for whatever reason they come, they all ask and want to see Michael Jackson’s boyhood home. “Everybody is still in shock,” said Hughes. “We want to pay tribute. We know that he is gone. I would imagine in Gary and all over the world the wheels are turning in people’s heads, public officials, everyone wants to do something.”

Certainly the idea of a museum, incorporating Jackson’s personal and musical history, remains strong, as does a performing arts center, he said. But whether it gets off the drawing board in Gary, or elsewhere, is still unknown. Hughes, who served Gary as a councilman-at-large for many years, remembers when it almost seemed a brick-and-mortar possibility, even 10 or 15 years ago. “The project would have been so huge. But that was prior to all his problems,” he said. Had those troubles never surfaced, he said, “who knows what would have transpired?