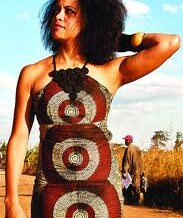 Thanks to George ‘Kaufela’ Soulchild for this contribution!

The Zambia Fashion awards attracted a huge crowd and included musical performances by two upcoming artistes after which models and ten contestants of Manhunt Zambia showcased their dance skills. Designers showcased two outfits each in both creative and evening wear using Zambian colours.

Among the other designers vying for honours were Charity Nyirongo, Petros Ginnakakis, Correta Anold, Harriet Biimbe, Nada, Monde Ndana, Raymond Mulenga and Chiza Ngulube. Others were Natasha Sinyangwe, Katongo Chileshe and Suwilanji in the novice category.

Clarke, a single mother of two, expressed happiness on her achievement and adding that she was motivated by the honour. “I think competitions are good especially when there is a meaningful prize because you know they make us strive harder in order to win,” she said. “I have not trained fully in fashion designing but Charity Nyirongo is training me. I attend her classes, she has a degree in fashion design from Japan, she’s good.”

Clarke said the other secret to her success was the versatility of her outfits which embraced local themes like chitenge.

Meanwhile, second prize winner, Smart Phiri who won in the evening wear category said he was glad and expected to get an award. Katongo Chileshe, a fashion and design student at Evelyn Hone College, expressed joy at winning the novice category award and said she did not expect an award this early but knew that she would one day.

Another designer, Petros Giannakakis popularly known for his bold and funky designs added his voice saying the show was fantastic and great for a start.

Meanwhile, the search for Manhunt Zambia on the other hand came to an end when Kuzi Mvula was crowned winner. Kapalu Dilema emerged Mr International Zambia while Sambou Ngambwe won first prince title, and Joshua Kupa as Mr Personality.

Manhunt Zambia chief executive officer Mofya Chisenga said she is happy about the success of the event and appealed to the corporate world to come on board and assist the men financially in order for them to travel and represent Zambia at the world event. 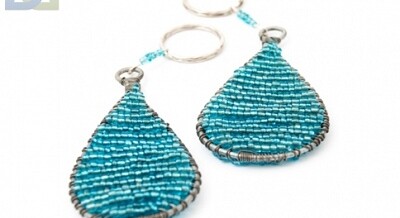 Magic Hands of Africa is a non profit company that was incorporated in March 2007 at the Registrar of Companies as a company limited by guarantee.

They reach out to unskilled and unemployed women and youths living in poor communities and provide them with an important source of income that helps them send their children to school, feed families, provide and improve their shelter and pay medical bills. This source of income also helps the youths to keep away from destructive activities.

Magic Hands Of Africa do this by training people to make beaded products and other creative crafts, provide them with raw materials and buy back the finished products from them which they later sell to the local and international market. Each person is paid according to the number of items made and 50% of all sales go back to their artisans. The other 50% helps meet operational costs. Any profits made after paying our artisans and meeting operational costs are either re-invested in the company or ploughed back into the community.

The company currently work with 13 women and 7 youths but have the capacity to employ more when demand is high. They make beaded necklaces, bracelets, waist beads, earrings, lanyards, key holders, scatter cushions, belts, purses, coasters, table mats and notebooks. Magic Hands of Africa currently has no shop and runs a home office. Their products are mainly sold at craft markets and are also found at Fine Stitches, Crossroads shopping mall in Lusaka as well as Souvenirs of Zambia, Livingstone Airport.

Customers can also contact Magic Hands of Africa to take products to their homes, places of work or any convenient and central place.

Wishing them the best of luck!

Here’s a nice story by Katie Dawson at BBC News it was sent me by my cousin Marion.

“It is the most important and expensive dress that most women will ever buy. But once the band has packed up and the confetti has blown away, most wedding dresses spend their years packed in a box in a dusty attic.

Now a Berkshire charity is offering a new lease of life for these beloved items – helping rural communities in the African country of Zambia. Abi Parker, 46, runs the Aids Support Awareness Project (ASAP) from her home in Windsor and is in need of wedding dresses to take to brides in Lusaka, the capital of Zambia.

Ms Parker plans to rent out the dresses for a small fee, which will help fund her Aids awareness project, along with a local training scheme which teaches former prostitutes skills to allow them to earn an alternative income. “It’s an African woman’s dream to get married in a white wedding dress,” said Ms Parker, who lived in Zimbabwe for 10 years. “It’s a sign of stature”.

“By doing this we are giving people, who could not usually afford it, the opportunity to get married in a white dress.” So far, more than 60 dresses, donated from across the UK, have been taken over there. Some are from brides desperate to get rid of their dresses following a marriage breakdown and others are from women keen to pass on an item of clothing that brought them so much joy.

Some are modern dresses, while others date back to the 1950s and 1960s. The oldest dress donated was made in 1937, and came with its original pattern. Ms Lovell said the most expensive dress given cost £2,000 when bought new. “We have had such a huge range of donations,” she said. “We have had some absolutely gorgeous ones from ladies who have been married for 40 or 50 years.

Ms Parker flies to Zambia on Friday with another load of dresses. ASAP hopes to start hiring them out in the next couple of weeks, once their new shop is completed.”

Now there’s something exciting for the Chanters Girls! 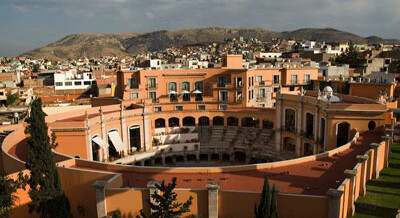