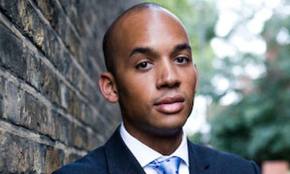 Don’t usually blog about politics but this caught my interest. Could this chap be the UK’s first black Prime Minister? That’s the speculation in some circles.

“Chuka Umunna was elected as Member of Parliament for Streatham in May 2010, becoming the first MP for the constituency to have grown up in the area. He was selected as Labour’s parliamentary candidate for the seat in March 2008 by the Streatham Labour Party after Keith Hill MP, who first won the seat for Labour in 1992, announced his retirement at the next general election.

Born in October 1978, Chuka studied Law at the University of Manchester and the University of Burgundy, followed by Nottingham Law School. An employment law solicitor by profession, prior to his election Chuka worked at a law firm primarily acting for employees but also employers, having trained as a solicitor at a City law firm.

Chuka is a board member of Generation Next, a not for profit social enterprise providing activities for young people in London. He was formerly a trustee of the Anthony Bourne Foundation and the 409 Project – both youth charities – and has also served as a school governor of Sunnyhill Primary School and Children’s Centre in Streatham. He sits on the management board of Compass, the centre left pressure group and is a member of the Fabian Society, GMB and Unite. He is a patron of Latimer Creative Media, a social enterprise which trains young people in digital media and a supporter of Cassandra Learning Centre, a charity raising awareness and working to stop domestic violence.

In the May 2010 general election, Chuka was elected to represent Streatham having received 20,037 votes, with the number of votes received by Labour rising from 18,950 in the previous general election in 2005. Turnout in Streatham increased by 11.5 percentage points at 62.8% compared with 51.3% in 2005. In June 2010, he was elected by his parliamentary colleagues to serve on the Treasury Select Committee and in October 2010 was appointed Parliamentary Private Secretary to Ed Miliband, Leader of the Labour Party.”

What do you think?