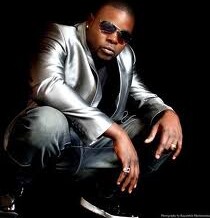 C.R.I.$.I.$ or Crisis Mr. Swagger is Zambia’s premiere Hip-Hop artist with the fastest growing international presence of any of our artists. He is currently is working on a new album to be titled ‘B.I.G (Business is Good).’ This forthcoming release is part of a major plan as the artist moves to another level in his career. The album boasts high powered production from Canada’s Bos Beats on the song ‘Make The Crowd Go’. It also has production by fast rising US producer Youg Fyre. Fyre has also recently produced a song called ‘How To Hate’ for Lil Wayne and was in charge of production for T-Pain’s PreVolver Mixtape. B.I.G will also include production from C.R.I.$.I.$. The album track listing has not been finalized but, Houston rapper Lil Flip is confirmed to make an appearance on a song called ‘Since You Hate Me’. The song has been officially released and is available on iTunes and at other online stores.

C.R.I.$.I.$ is currently nominated for the Channel-O Music Video Award in the category for MOST GIFTED AFRICAN SOUTHERN VIDEO. His song ‘The Fire Inside – Produced by Bos Beats and Young Fyre’ will be competing with some of the best acts out of Southern Africa. Voting closes on the 27th of October, 2011 and he is scheduled to perform at the awards ceremony.

This year already saw C.R.I.$.I.$ win a BEFFTA Award for BEST INTERNATIONAL ACT: In February, 2011 he was nominated for the Black Entertainment Film Fashion Television Arts Award (BEFFTA). He faced stiff competition as he was competing against M.I (Nigeria), 2 Face (Nigeria), Ali Kiba (Tanzania) and Faly Ipupa (Congo DR). Based on a global vote, the BEFFTA Award for BEST INTERNATIONAL ACT was given to C.R.I.$.I.$.

In 2010 he shared the stage with Akon and Sean Paul in Harare Zimbabwe. It was a successful show with an attendance of 48,000 people at the Harare National Sports Stadium which was was almost filled to capacity. He also performed at an MTV Event during the FIFA 2010 World Cup in South Africa sharing the stage with Liquid Deep & Zulu Boy

C.R.I.$.I.$. aka Crisis Mr. Swagger is a Zambian born Hip-Hop Artist/Producer/CEO of his own independent music label called Diamond Chain Services in Lusaka, Zambia, Africa. 35,000+ CD’s and Cassettes sold in Lusaka alone, C.R.I.$.I.$.’s album Officer in Charge (released January 2005). First hip-hop record, produced and released in Zambia by a Zambian artist. Second album, The Diamond Chain Mixtape reached another milestone by becoming the first Zambian Mixtape to be released commercially in Zambia. 2008-Released the album called, ‘Designer.’ C.R.I.$.I.$. isn’t showing signs of stopping as he continues to venture out of Zambia and into the international Hip-Hop market.