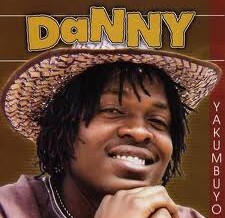 DANNY- Why his latest album is successful (he’s pictured above)

What has made Danny’s latest album notable is that he has managed to market it as a unique products. Others who do that are largely those that belong to the gospel scene, notably Ephraim, whose last two albums have been sheer works of artistic and marketing brilliance. Danny has managed to create hype around his efforts by releasing the title of the album first – Live – leading many to wonder what it was all about. Some, including myself, even hoped that he’d record some of his songs with a live band, like Koffi Olomide or the Sakala Brothers to mention but a few. After all, he does have a band and is now a consummate live performer.

That hope was rudely dashed. Danny also employed marketing ingenuity by selling his album on the internet, a form that is accessible to most Zambians. Sounds Music Corporation, the only official music shop, reports that these albums have done quite well. Is it a sign that Zambian music products can sell again, profitably?

Danny’s album opens with the intro 2010. It is barely a song with the soccer tune but just an intro. The first real song is We’ll Miss You, a song that celebrates the life of a departed friend with whom he went to all sorts of sordid places, and discussed politics with. The reggae song performed in Bemba and Nyanja has a well-delivered chorus and, despite extremely simple instrumentation, scrapes a good grade. The title track Live follows.

The song comments that despite the warnings we get and the intentions of practicing safe sex, we end up having unprotected (live) sex. Performed with mid tempo reggaeish beat, it is quite graphic about how this happens and is not a family song. Despite this, it has some artistic freshness and also scrapes a good grade largely because of its humour, albeit graphic. What follows is a Kaya-sounding song delivered in Bemba which narrates quite graphically how a person gets drugged not through drinks but through another body part and is robbed by a prostitute in South Africa. It has a catchy chorus and loses its good grade for Kaya sounding beat and verses.

The first clearly very good song musically is Zimene Wachita. Exile (Kangwa Kampemba) delivers a catchy chorus and the verses have interesting background vocals. Once again the song has a sensual slant. He complains that a girl called Maggie is leading him without “delivering,” using at some point quite a graphic term, “kugadama” (lying on your back). The beat is that township beat delivered Lusaka style. Si Vinthu, a slowish reggae song with a bassline like My Jane, is the sixth song. In the first pure love song performed Nyanja, he declares how all material things are nothing without a certain love. Musically, it is a fair effort.

The seventh song Tawaiso Mboneko is about how relationships have been casaulised and how easy it is to be intimate these days. It has a catchy chorus and is the second clearly good song musically. Not very good like Zimene Wachita but clearly good. Another My Jane/Kaya-like song, First Luv follows. What saves the song from being poor are the background vocals. Delivered largely in English and Nyanja, it urges a girl to remember the first love when the relationship is rocky.

The eighth song on the album is a reggaeish song Chikalabafye Ififine. Featuring Naso, the chorus is delivered by Naso and appears to have a confusing message. He says people are not happy when active people like himself take breaks and some inclusion of how Kalusha Bwalya gets recognised by FIFA despite being criticised back home. I don’t get the song artistically and lyrically.

The last song is the song that can probably qualify as a live song with beautiful guitar work delivered by left-handed guitarist Ba Davey. The song delivered in Bemba and bits of English is a confession of adultery. The showers don’t end his guilt after he cheats, he declares. The chorus and beautiful guitar makes this another musically good song.

Danny’s effort is mostly about telling stories of things observed in life, particularly of a carnal nature. The songs are not social commentary because by definition social commentary takes a stance, a position, and tends to try to effect change. Danny on the other hand takes no position, which is not necessarily a bad thing, and just makes observations with a strong tinge of humour. Danny has identified his market with his carnal references and innuendos.

His songs cannot be listened to comfortably in the same room by parents and children. They are a bit loutish. Perhaps a parental advisory stamp would have been welcome here, but I have no idea what the Censorship Board of Zambia really does these days.

Last Friday Livingstone City was set on fire with performances by Nasty D, 2wice and Amablax Shimasta, all from a band called Zambezi symphony. Nasty D is one of the pioneers of the current Zambia music that we all enjoy, his first single was released in 1996/97 titled “Good Milile” on the Copperbelt, he later relocated to Lusaka in 1998. In 2005 he was arrested for being found in position of marijauna and was later sentenced to do community work, later that same year the Drug Enforcement Commesion (DEC) partnered with him in sensitizing the youth on the effects/dangers of drug & alchol abuse. Musically Nasty D want quiet and was almost forgoten till he made this tour to the tourist capital. I bet this signifies the return of Nasty D and the Zambezi Symphony.His show at Fezbar was well attended – I guess the fans never forgot him..lol