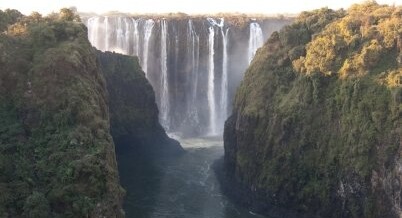 “When working with different clients on social media related projects, one of the interesting aspects to look at is whether or not their industry embraced Twitter, and how well are the industry as a whole is using it. In some cases there is little to no engagement, in other cases the industry has embraced the medium, from large brand name corporations all the way down to local providers.

As I’ve stated in the past, there isn’t a right or wrong way to use Twitter, only a way that helps you meet your goals. However, when most companies use Twitter they fall into three general categories:

It’s not surprising that the accounts with some of the highest follower counts, in some cases over a million followers, are those that fall into the “community and customer service” category, examples of these would be @jetblue, @southwestair, and @alaskaair. Traditional publishers such as @LATimestravel, @nytimestravel and @TravelMagazine use Twitter as a broadcast channel for their articles. An interesting variation of this method is used by @EmiratesAir, who tweets links to publications and articles about Emirates Airlines. Examples of sales channels include @Expedia and @SpiritAirlines.

It’s worth noting that very few people use it purely for community engagement, broadcasting or sales; instead, most use a hybrid strategy, with the majority of tweets falling into one category, but having some tweets of each type. In some cases, it makes sense to create a separate dedicated channel. An example of multiple channels comes from @jetblue who recently introduced @JetBlueCheeps specifically for discounted fares. Some companies also use Twitter to extend their real world marketing efforts and specialty campaigns such as the Travelocity Traveling Gnome @roaminggnome and Priceline’s William Shatner Price Negotiator @TheNegotiator.

As Twitter becomes a “breaking” news channel for many, the importance of having a presence on Twitter can’t be understated. For a small but vocal part of the population, Twitter is a primary news source, a prime example of this occurred during the US Airways Flight 1549 emergency landing in the Hudson River in New York City. Some of the earliest reports and photographs from the incident appeared first on Twitter. US Airways scrambled during a crisis to get an account working to push out official information @USAirways. The account has become dormant now, but the key point is if your customers are looking information here, you should be there too. The use of Twitter isn’t limited just to commercial and private organizations, for example the US State Department issues travel information via @TravelGov, as does the US Forest Service @forestservice.

While the majority of the organizations that get most attention on Twitter are larger national groups, there is a growing and active local travel component as well. Local but well known tourist destinations such as the Queen Mary in Long Beach have a presence on Twitter, @QueenMary. However smaller travel groups and companies such as Ohio Travel Association @OhioTravel, St. Louis Hilton @HiltonSTL, Tuscon Radisson @RaddisonTuscon, Alcatraz Cruises @AlcatrazCruises, and Air Ship Ventures @AirShipVentures are also on Twitter.

One of the biggest resistance points I get when I talk with clients about using Twitter or social media in general, is the fear of negative press and negative communication. However, hiding from negative feedback isn’t going to make it go away, remaining mute only makes you a bystander in the communication. One of the most disliked organizations in the world- the TSA, has a blog and presence on twitter @TSABlogteam, and should be case study for anyone concerned about negative feedback. For companies who still decide not to participate, the problem of fans or someone else developing a presence in their absence still exists. Case in point, the @AmtrakNews is an unofficial news feed for Amtrack. The @Amtrack profile is a non-malicious brand squat, it appears she’s securing “AM Track” and not trying to pretend to be the company. Sometimes a brand advocate or fan can also start up a profile, such as this fan from KLM Airlines @klmfan. The worst case scenario is if one of your detractors sets up a profile such as the @IHateEasyJet profile.

For companies who decide to participate but aren’t sure how and when to engage, the best suggestion is proceed slowly and with caution until you feel comfortable. Larger companies may find benefit in having more than one person doing the actual tweeting. In most cases, it’s best to let people know there are multiple people responding and to identify who is responding with initials or some other easily identifiable abbreviations. Some profiles such as @FrommersTravel link their twitter profile to a page with information about who is tweeting. If your organization is uncomfortable about how and when to engage others directly, you should review the US Airforce Social Media Response Chart (PDF) for guidance.

Lastly, it’s worth noting that participating in social media can amplify the voice and exposure of people or organizations who would normally have a very small reach. One social media advocate, @AdventureGirl has in excess of 1 million followers. There are a handful of travel bloggers @everywheretrip, @ecointeractive, @kathika, and @WeBlogTheWorld who each have between 50,000 to 100,000 followers, and yet, aren’t well known brands.”

If you are on Twitter check out #traveltuesday. The picture? Victoria Falls of course!