Meet Jay Jericho Kashiya (above) Guest on the most recent edition of the Chanters Lodge Experience with the Milli Jam Ingredient featuring Jay Hillz. ‘The Experience’ is our weekly radio show, sponsored by Chanters Lodge, airing for an hour every Sunday night on Zambezi 107.7 fm, Livingstone’s leading local radio station. Jay, (or Jericho as Milli Jam preferred to call him, seeing there were two Jays in the studio) told listeners that he lives in Lusaka but was visiting Livingstone partly for work but mostly for love! It transpired that the love of his life Niza, stays in Livingstone. Half way through the show Jericho recited a poem he had written for Niza, ‘The Girl From Ellen Brittel’. We cried! Ellen Brittel is one of the Livingstone suburbs and we speculated that when he announced the title but before Jericho said who the poem was for, there must have been a lot of excited girls right there in Ellen Brittel!

Jericho told listeners that he is a graduate from the University of Zambia holding a degree in education with a major in history. He also has a certificate in marketing, and is currently studying for a diploma in business management. After a short time teaching at Mpelembe Secondary school, Jericho decided that despite his degree in education, teaching ‘was not really for him’. Currently, Jericho is a membership officer with the Zambia Institute of Chartered Accountants, a position he has held for the past 17 months. His responsibilities include recruitment and events. The Institute in Zambia has some 5000 members at different levels. He lives in Rhodes Park and travels daily to work near Arcades fortunately against the flow of the traffic, notoriously congested in Lusaka at rush hours.

The music on the show was good as usual, opening with tracks from Chris Brown ft Ariana Grande and Professor Green ft Tori Kelly. Jay and Milli Jam chose tracks from Crisis Mr Swagger, Labrinth, Judy ft Muzo, and Mary J Blige. Our oldie of the week was by Chilu, but no-one won the prize of a dinner for two at the lodge we give to the first person to text us telling us who’s the artist on the track. My pick of the week was a new one from 1D – ‘Fireproof’ and we closed with a new track from Jennifer Hudson ft Iggy Azalea.

Jericho told listeners that in football locally he favours Nkana Red Devils and in UK he supports Manchester City. His favourite player is Mario Baletelli even though he is no longer with City. Music wise he loves Pompi, a Zambian artist and Emile Sande, a Zambian artist busy being Scottish! He loves rap, R&B and sometimes Rhumba. In his spare time he writes poems (we gathered that!) He’s always busy studying and reading for his further education. Milimo wanted to know if he had ever done the bungee jump in Livingstone and this wise, likeable young man said that even the thought terrified him! He has a Facebook page and is also on LinkedIn.

This from Inc hits the nail on the head:

Great leadership is hard. Very occasionally, it’s pretty simple– like just not saying dumb things. In the spirit of simple leadership, I give you my personal top three dumb things leaders shouldn’t say:

1. “Don’t bring me any surprises.”
I hear it all the time. A leader is blindsided by some event they couldn’t have predicted, and, out of embarrassment, swears they’ll never be caught unawares again. At first they work harder, longer, assimilating data like an apocalypse is on the horizon that only they can avert, but then…bam. Another unexpected shoe drops, another unpredictable event occurs, and our leader is left with egg on their face all over again.

It just means they’re brushing them under the carpet…because, well, because you told them to. (Where did you think they were going to put all the bad news and surprises you told them not to bring to you?) Which in turn means that there is now a time bomb waiting to explode right in your face. If you’re concerned about predictability and consistency, do yourself a favor and don’t try to wish away bad news or surprises. Try the opposite. How about telling people “The first whiff you get of bad news or a surprise, bring it right here.” That way you do actually stand a chance of controlling things.

2. “If you were an animal, what kind of an animal would you be?”
Or “What body of water would you be?”, or “What books influenced you when you were young?” or “What’s your favorite color?” Any question, in fact, that you think provides some deep insight into whether or not a potential employee has the ‘right stuff’.

It’s all meaningless pseudo-psychological mumbo jumbo, and adds precisely zero to a true understanding of a candidate’s ability to do the job you’re hiring for. If you need to ask one of these pointless, irrelevant questions for your own peace of mind, by all means go ahead. Just don’t confuse what’s going on with an effective job interview.

3. “Don’t take it personally.”
Really? You’re talking to, let me check…yes, a person, about them, their work, their livelihood, their ideas, their sense of competence, their choices, their discretionary effort, their life’s work, and you’re telling them not to take it personally?

How about you give every person who works for you a free pass for a week to make whatever comments they like to your face about what you say, do, or suggest, in whatever terms they wish, so long as they preface it with “Don’t take this personally…”.

If you don’t think the act of working with others is in any way ‘personal’, perhaps you might be better thinking of a career as, I don’t know, a beekeeper, perhaps? They really don’t take things personally. 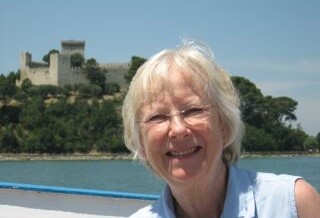 Check the excellent review (see below) of my sister Ruth Binney‘s (above) new book ‘Wise Words And Country House Ways’ in no less than the UK Spectator magazine! No wonder Julian Fellowes wrote the foreword – firstly he and Ruth were virtually neighbours when she lived in West Stafford, just outside Dorchester, and secondly the book is clearly a great read!

Ruth recently moved back to our home county of Devon, and has just taken up golf! We look forward to news of her handicap. It’s been a big year for Ruth one way and another, with the birth of her first grand-daughter Molly and a new relationship with partner Mark.

We wish her ‘best of sales’ for the new book and I look forward to receiving my ‘comp’ copy!! Here’s the review:

“Finally, a simple idea, brilliantly done. Ruth Binney’s Wise Words & Country House Ways (David & Charles, £9.99) is aimed directly at the Downton Abbey audience, even to the extent of having a foreword by Julian Fellowes. It is a guide to what it was really like to live in a country house, whether you were a lord, lady, maid or cook. It has the rules of etiquette, the servants’ daily routines, the housekeeping maxims, the texture of people’s lives. How much to tip a footman? I had always wondered. Put it this way: my ten-year-old daughter wants this for Christmas, and so does my mother. This is a sentence no book reviewer ever wishes to write, but the way things are going, I may actually be compelled to go out and buy one. A copy of the book, that is, not a country house.”

Here’s something to make you laugh this Easter Saturday morning!

A doctor was addressing a large audience.’The material we put into our stomachs is enough to have killed most of us sitting here, years ago. Red meat is awful. Soft drinks corrode your stomach lining. Chinese food is loaded with MSG. High fat diets can be disastrous, and none of us realizes the long-term harm caused by the germs in our drinking water. However, there is one thing that is the most dangerous of all and we all have eaten, or will eat it. Can anyone here tell me what food it is that causes the most grief and suffering for years after eating it?’ After several seconds of quiet, a 75-year-old man in the front row raised his hand, and softly said ‘wedding cake.’

Bob, a 70-year-old, extremely wealthy widower, shows up at the country club with a breathtakingly beautiful and very sexy 25-year-old blonde-haired woman who knocks everyone’s socks off with her youthful sex appeal and charm, and who hangs over Bob’s arm and listens intently to his every word. His buddies at the club are all aghast. At the very first chance, they corner him and ask, ‘Bob, how did you get the trophy girlfriend?’ Bob replies, ‘Girlfriend? She’s my wife!’ They are knocked over, but continue to ask. ‘So, how did you persuade her to marry you?’ ‘I lied about my age,’ Bob replies. ‘What, did you tell her you were only 50?’ Bob smiles and says, ‘No, I told her I was 90!’
One night, an 87-year-old woman came home from Bingo to find her 92-year-old husband in bed with another woman. She became violent and ended up pushing him off the balcony of their 20th floor apartment, killing him instantly. Brought before the court on the charge of murder, she was asked if she had anything to say in her own defense. ‘Your Honor,’ she began coolly, ‘I figured that at 92, if he could screw, he could fly.’

Have a good weekend!
0

This one from a Zambian friend of mine on Facebook – actually it was from her mum!
A mom visits her son, who lives with a girl roommate, for dinner. During the course of the meal, his mother couldn’t help but notice that his roommate was very pretty! She had long been suspicious of a relationship between the two, and this had only made her more curious.

Over the course of the evening, while watching the two interact, she started to wonder if there was more between him and his roommate than met the eye. Reading his mom’s thoughts, his son volunteered, “I know what you must be thinking, but I assure you, we are just roommates.” 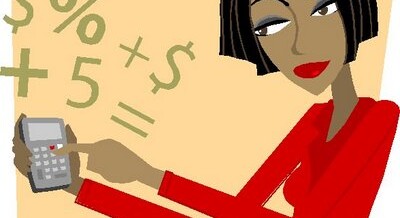 I loved this little story from a Zambian friend on Facebook!
A Zambian gentleman left this note for his wife:
My dear wife Misozi,
You will surely understand that I have certain needs, that you being 54 years old can no longer satisfy but I must say I’m very happy with you and I value you as a good wife.
Therefore, after reading this letter, I hope you won’t wrongly interpret the fact that I’ll be spending the evening with my 18 year old secretary at The Comfort Inn Hotel. Please don’t be upset – I shall be home before midnight.
With love,
Husband Makasa
When the man went home late that night he found the following letter on the bedroom table:
My dear husband Makasa,
I received your letter and thank you for your honesty about my being 54 yrs old.
I would like to take this opportunity to remind you that you are also 54 yrs old. As you know I’m a maths teacher at our local college. I would like to inform you that while you are reading this, I will be at the Marriott Hotel with Michael, one of my students. He is young, virile, and like your secretary he is also 18 years old.
As a successful businessman who has an excellent knowledge of maths, you will understand that although it may appear we’re in the same situation, there’s one mathematical difference -18 goes into 54 a lot more times than 54 goes into 18! Therefore I will not be home until sometime tomorrow!
Love always,Your wife Misozi.
0